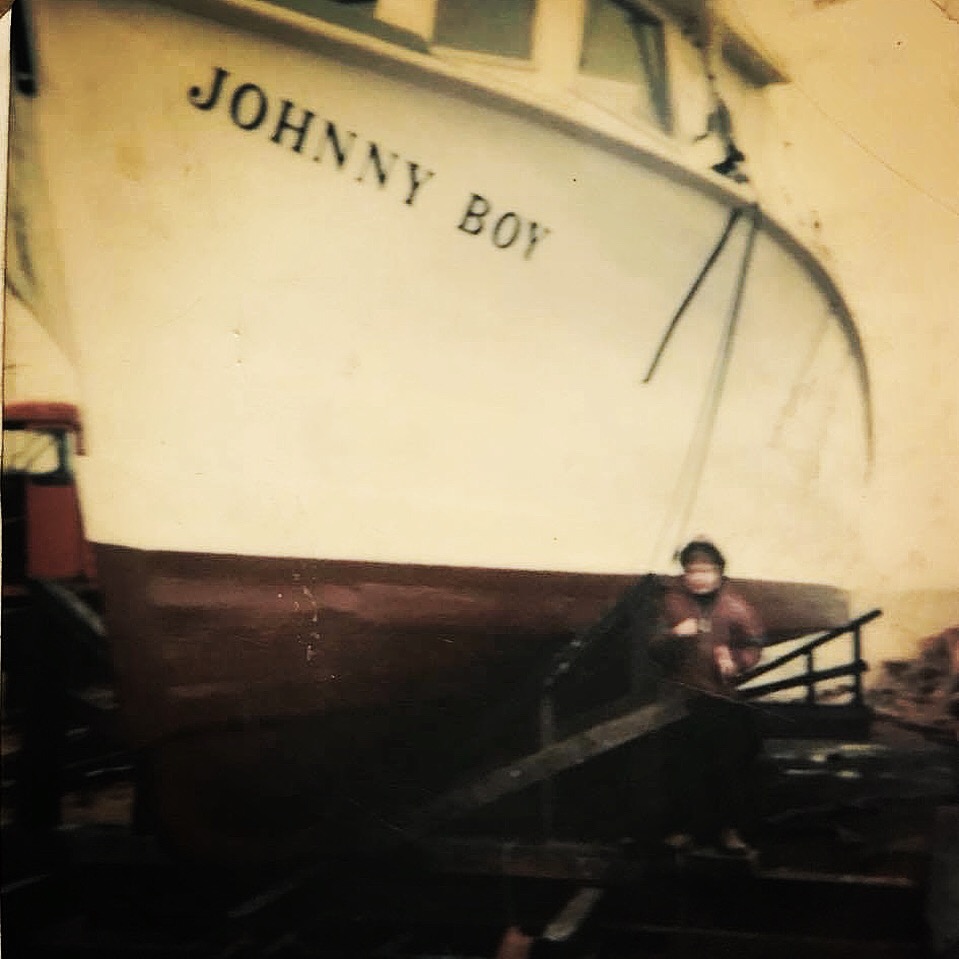 Founded in Port Monmouth, N.J., in 2017, NOREAST’R came to fruition after owner John Adubato dreamed one night about the brand while living on a boat during hard times.

The next morning, he designed the logo, conceiving an alluring letter “N” by subliminally melding luminous high and low tides with “NJ” and two hooks. Within one month he was selling made-to-order T-shirts.

That shouldn’t be a surprise. Multi-talented and multi-dimensional, John has always defied the odds. Tell him he can’t do something, and he’ll prove you wrong a million times over.

John understands the fisherman because it’s in his blood. He grew up in a commercial fishing family and, as a child, had his first taste of business by scraping lobster pots for $1.

After becoming a commercial fisherman himself for 6 years, he sought new challenges. He took a break to pursue music and taught himself to play the electric guitar. John subsequently wrote songs for four lauded albums and traveled the world multiple times, performing with various bands.

That’s not all. John did this while also immersing himself in computer design, coding and programming. A familiar theme bubbled through: he taught himself. Along the way, though, he never lost his passion for fishing and knew he wanted to do something meaningful in the industry.

“For me, NOREAST’R has never just been about selling clothes,” he said. “It’s about helping the fishing community. It’s about developing respect within the community, because in fishing if you don’t help each other, you don’t survive.”

Along with Marilou Geverola, who handles business operations, John added he is proud to have never accepted any start-up money for NOREAST’R, which is part of the American Sportfishing Association (ASA).

“What I like about the brand is that everything is original,” said Marilou, who John called the company’s unsung hero. “The craftsmanship is all ours. The brand is all ours.”

Among its many plaudits, NOREAST’R has been featured in a Fisherman Magazine spotlight and showcased in its annual “Products to Buy” edition for 2020; recently earned a Fashion Haunt magazine cover for its ladies line; and highlighted at ICAST, the fishing industry’s largest international trade show.

It doesn’t stop there. John and Marilou are strong believers in investing in the community, having sponsored charter boats, children and veteran events.

It’s about giving back.

Embrace change, evolve and innovate. It’s a credo John and Marilou subscribe to even while holding down full-time jobs and managing a household of five children.

At NOREAST’R Hardcore Fishing, we believe every type of angler desires – and deserves - quality apparel that weaves coveted comfort, fashion and durability together – with an emphasis on durability.

With more than 50 designs and growing, NOREAST’R offers year-round apparel for all weather conditions.

Don’t worry, we also have women covered - literally and figuratively. Our female line is designed with a fashion and an ocean lifestyle in mind. The attire – featuring bikinis, leggings, shorts and sports bras - was created for women who enjoy fishing, the sun, beach or anything in between.

Need accessories like hats, bibs, beach towels, compass cabin pillows or keychains? We’ve got those, too.

With meticulous attention to detail, the NOREAST’R line is U.S. made and imported. Our promise: No short-cuts when it comes to quality.

Create an account with us and you'll be able to:

Fill in your email below to request a new password. An email will be sent to the address below containing a link to verify your email address.